It’s Kids Clothes Week again and the theme is “Wild Things”!! The theme couldn’t be more adequate to my girls, each one in her own way 😉

I have to say that I loved the theme when it was announced but when it came to the time of organizing my ideas I frozen! Then I decided to make something in the style I usually do. Not very original, I know, but I want things to be worn not just photographed. So I thought, well wild things live outside and now its spring… why not a blue (sky) top with some flowers where the wild things can be happy!?

As soon as the Trop-top from Ivanne S was released I bought it but then I couldn’t decide if I would make it first in woven or knit. On the other hand I wanted to make something for M to match the dress I made for F before, so I grabbed the opportunity and woven it was!

I really like this pattern and all the possible options it has. The instructions are very good, the inside is as perfect as the outside (bottom photo) and even has bonus to make (more) different versions. Next time I will try with knits and really hope the pattern it will be released for woman as well.

To go with the top, Little Lady M needed shorts! So I made her the Clover shorts, already made before.

For the top I made view B without opening in the back, in size 6. It is a little large on M. but I was afraid size 4 would not last the whole summer. The fabric is a light chambray and for the sleeves and bias is Liberty already used many times before 😉 and the same as used in F’s dress.

The shorts were made in size 5 (again) in pink chambray and I couldn’t found buttons that I liked so decided to use covered buttons in the same fabric as the top details and to be honest like it. 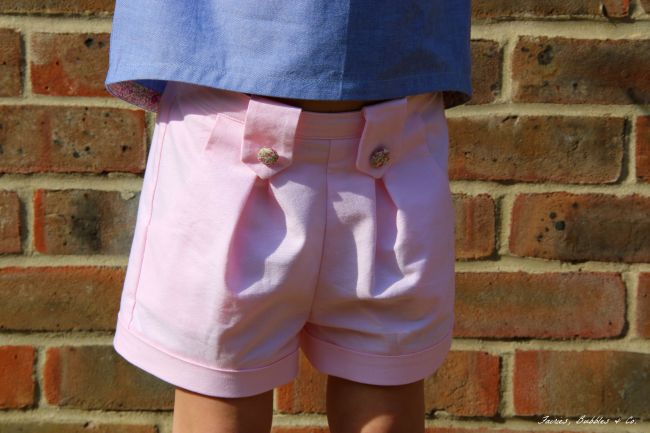 So here are some photos of my wild child 😉

It might be a little large on her but I like the way she looks in it. 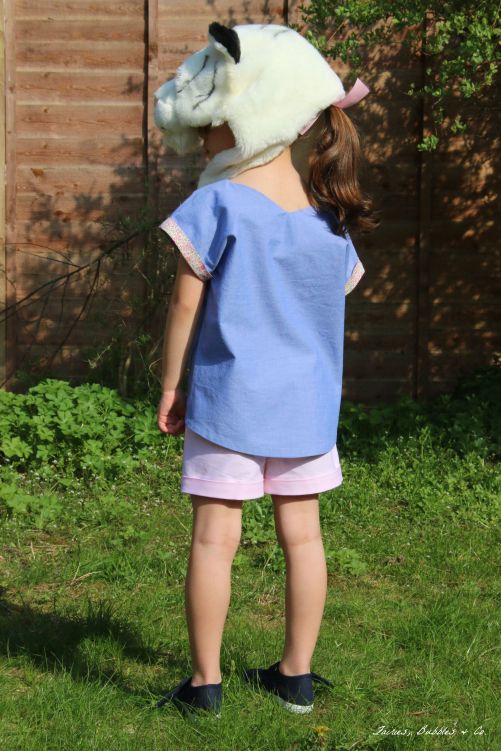 With such a fun theme I must say that I am really curious to see what everybody else is doing!!

Have a fun Kids Clothes Week 🙂

Shorts are always present in the girls closet, no matter the time of the year (of course that during those chilling months they won’t wear them outside!) and navy blue is a colour that they always wear, since they were small babies. The last ones (also in navy blue corduroy) lasted a couple of years but now they were really shorts, so a new pair for each was really a need.

I had bought the pattern for the Clover Shorts from Willow & Co in the start of the summer, but I didn’t found the time to actually make them, so now was about the time to try. I choose navy blue, because I want them to go with everything, which is the greatest advantage of this colour, and for that reason I didn’t made the sash, but in the future I might make a couple with fabric from future tunics/shirts.

I liked them as they were (photo below), but once there would not be a sash, why not a little bow? And a little bow was added to the pocket! 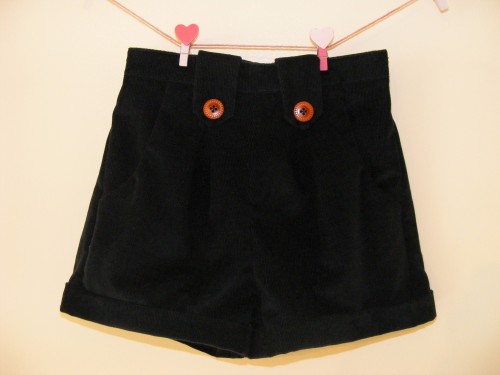 I did both in size 5, but think I could have made a size (for little lady F) or two (for little lady M) down. Anyway I was pleased with the result and they have plenty of room to grow, even if that might take a year or two!! 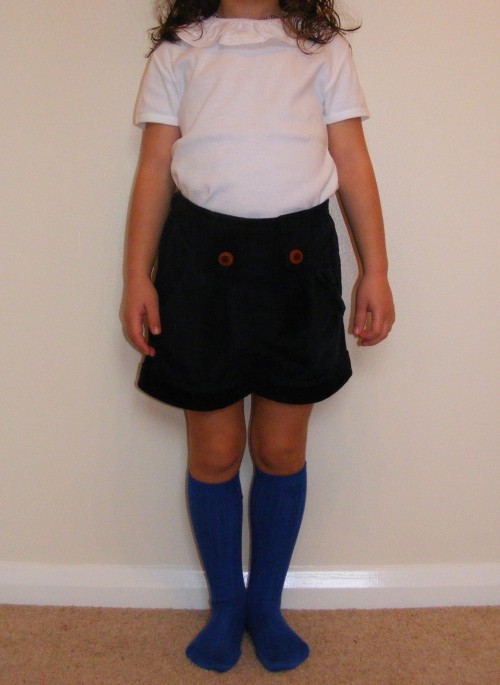 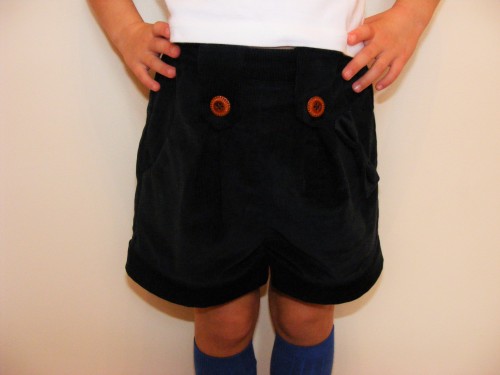 And little lady F with her own shorts.

I enjoyed how the shorts turned out and I can see myself sewing new ones, because while sewing these I was already imagining new ones with some new details.

The girls also liked their new shorts and they were perfect for a trampoline Birthday Party. That is how they were tested, with plenty of jumps! 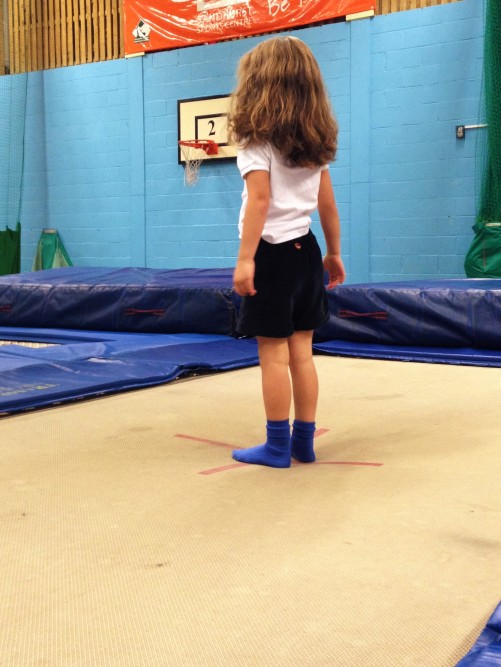 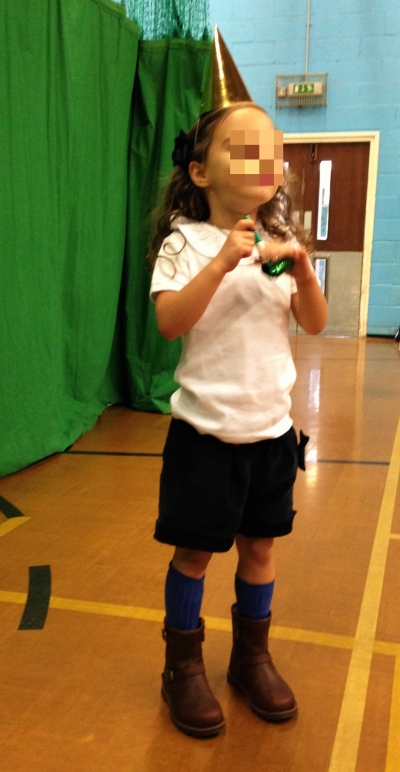