By now you have, probably, seen hundreds of Mori dresses or tops but I really wanted to share the one I’ve made for M. This top was actually made over a month ago, when it was released but only this weekend I managed to take some pictures!!

The Elegance & Elephants patterns were some of the first I’ve ever sewn when I started sewing a couple of years ago. At the time I made the Bohemian Doll Dress and the Bubbles Pocket shorts and although they were not perfect (my fault) they had a lot of use.

I wanted to make the dress as soon as I saw it and after seeing the testers versions I just had to!! So I made a size 5 for M, in the top version, as she requested me to make her tops instead of dresses! 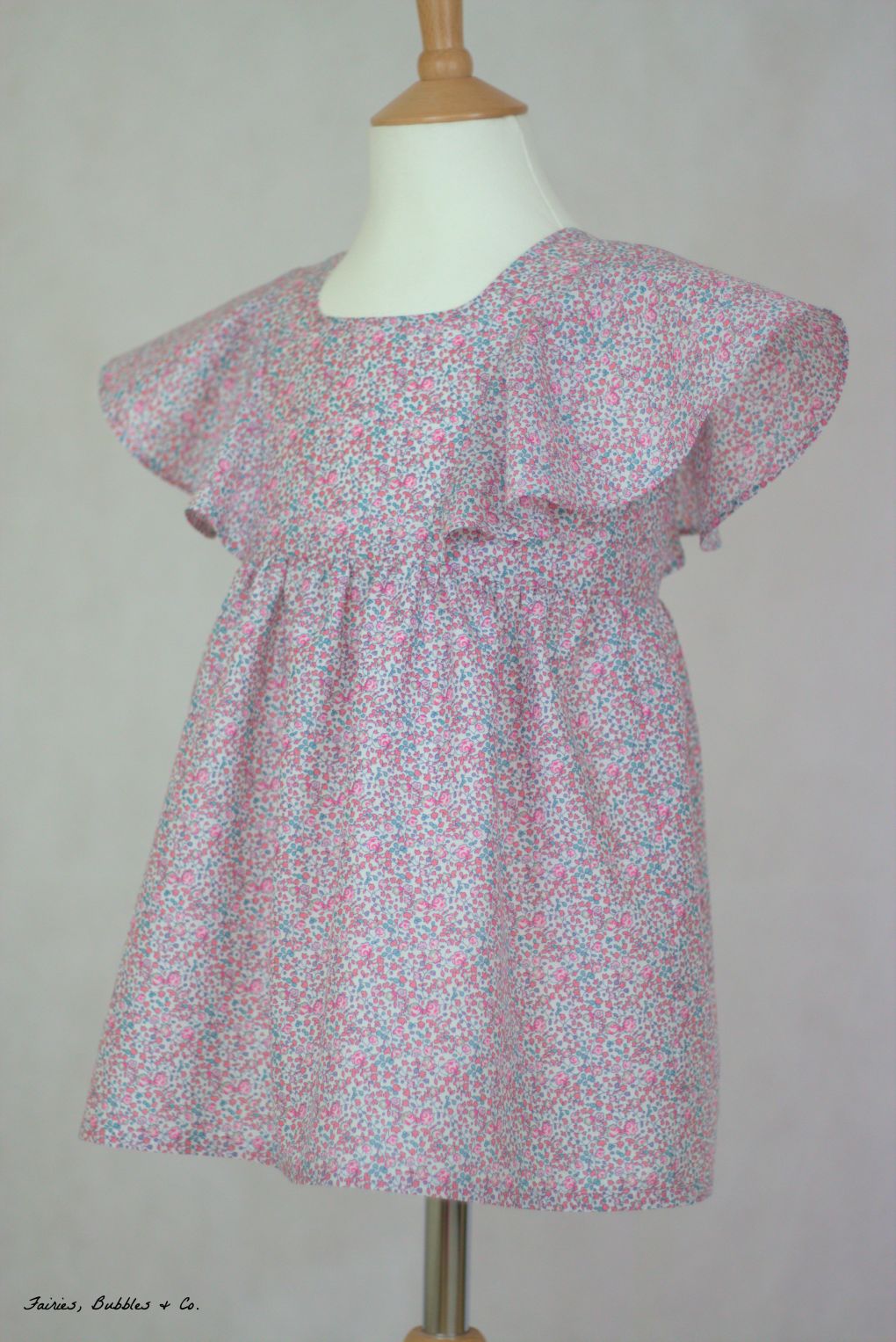 I went with size 5 according to M’s height measurements and not her chest ones. For that reason is a bit loose, but I don’t really mind and she doesn’t as well. I was afraid that making by her chest measurements and adjusting the length it would become too tight at the armhole and her head wouldn’t fit, also I was afraid that by changing so much I would ruin it! I still have so much to learn!! 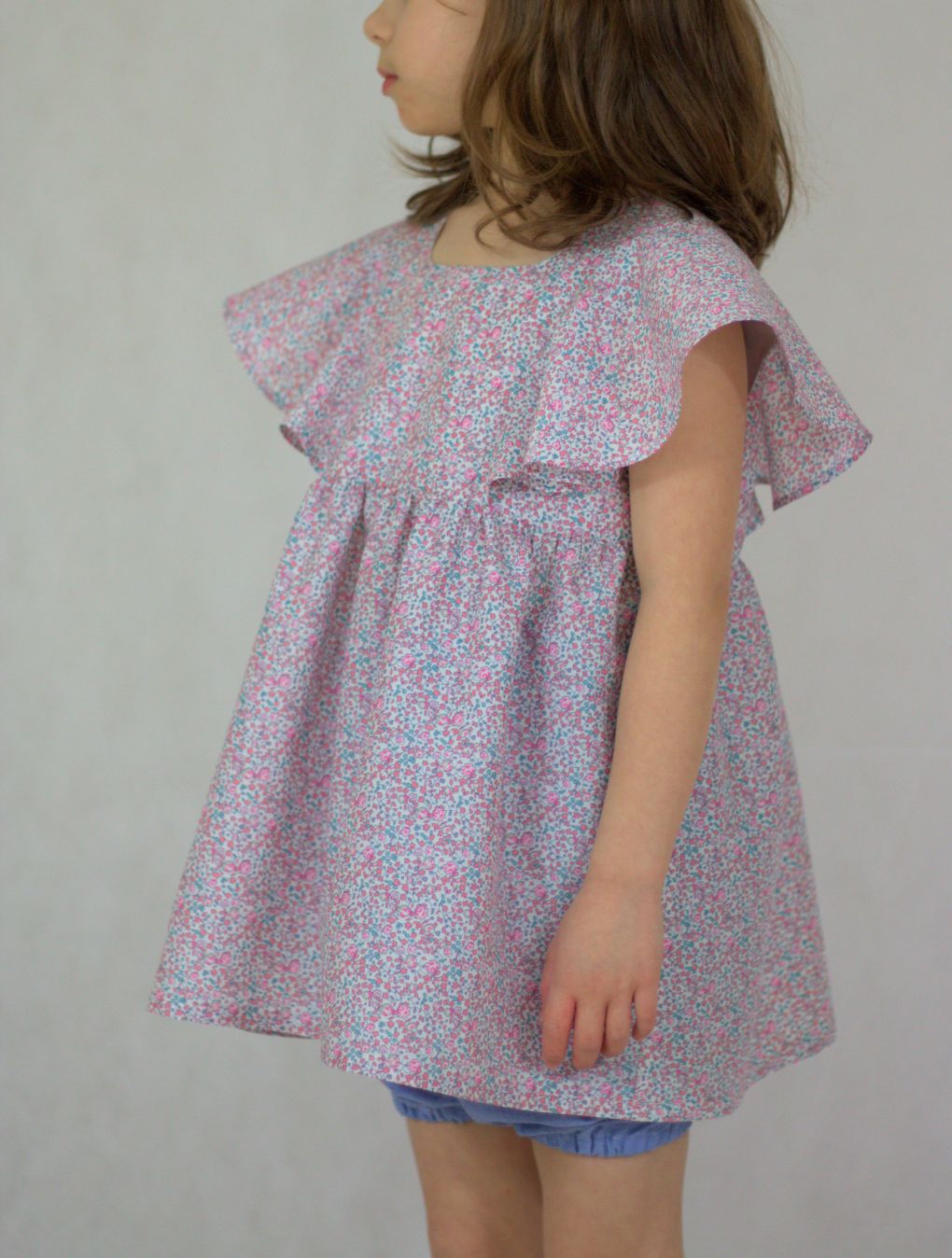 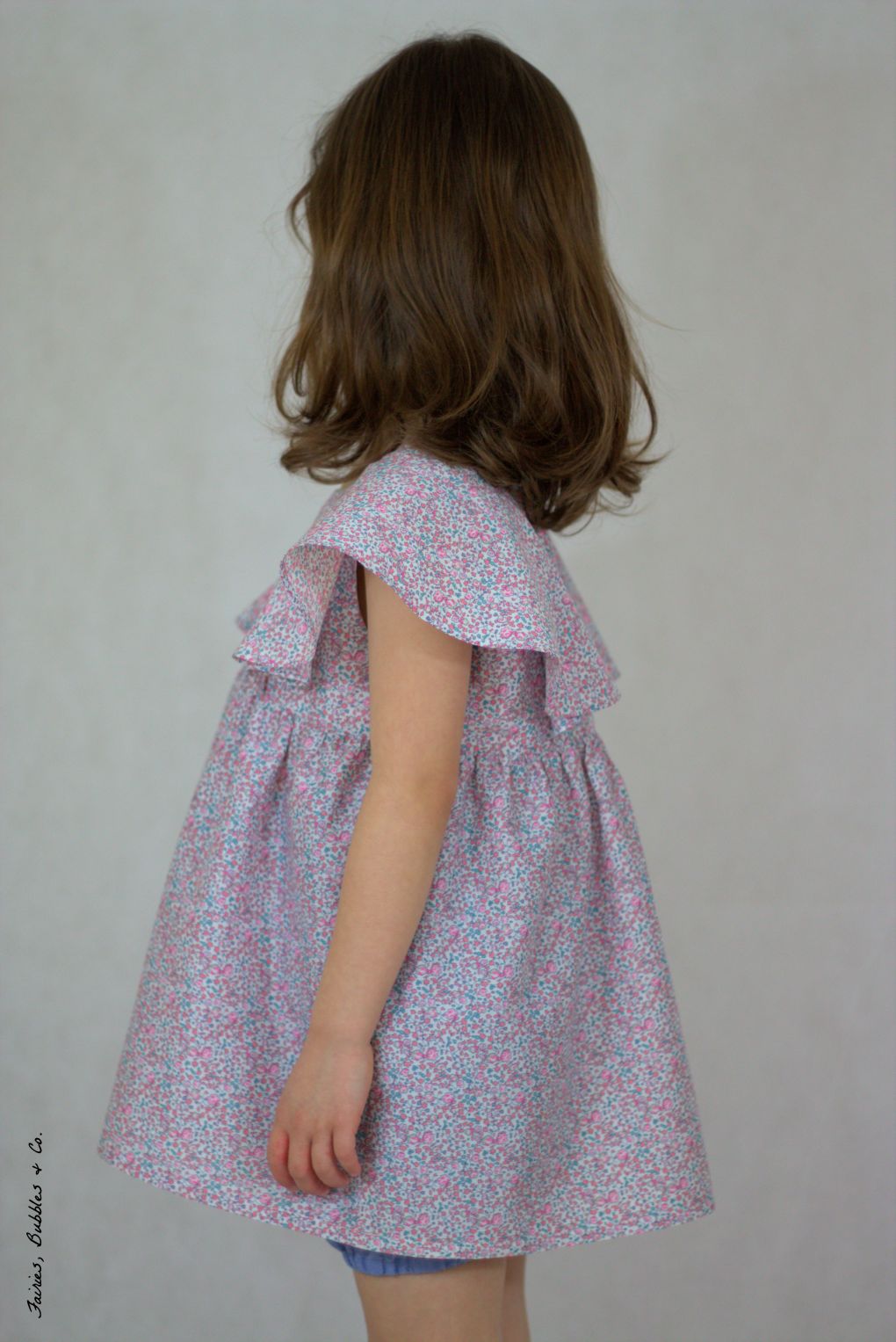 What I like the most about this dress/top are the princess seams with the ruffles (I know, it’s obvious!) and the lined bodice, that allows a beautiful finishing. In fact, I thought that such a beautiful top outside deserved a beautiful inside as well, so I made French seams at the skirt side seams and hand sewed the lining. 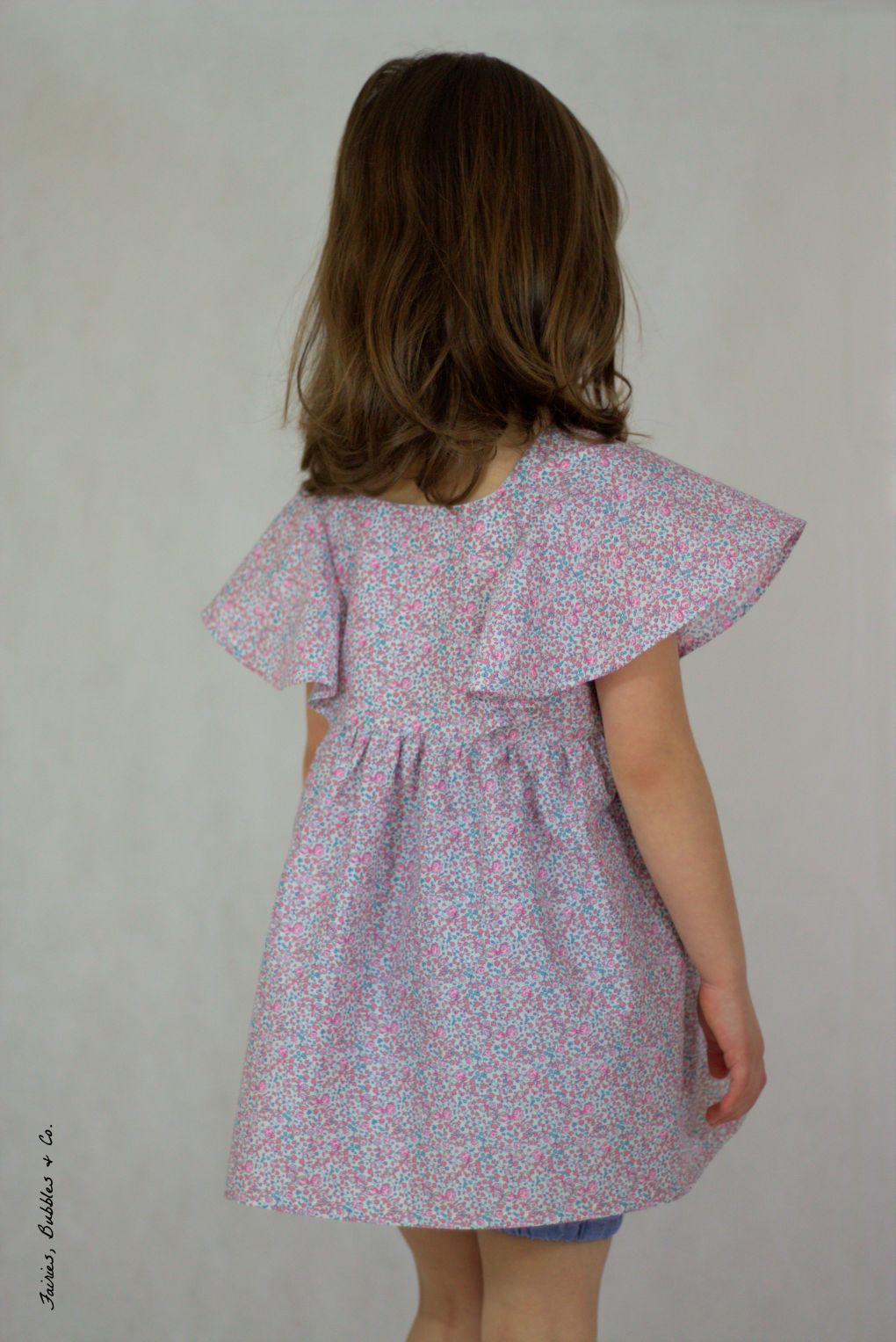 The fabric I used is an Eloise Liberty Tana Lawn from here, which I love, both the print and colours and was bought to make blouses for last autumn! Oops!! It might have taken me some time but I finally used it.

Hope you have a great week! 🙂

6 thoughts on “The Mori Dress as a top”